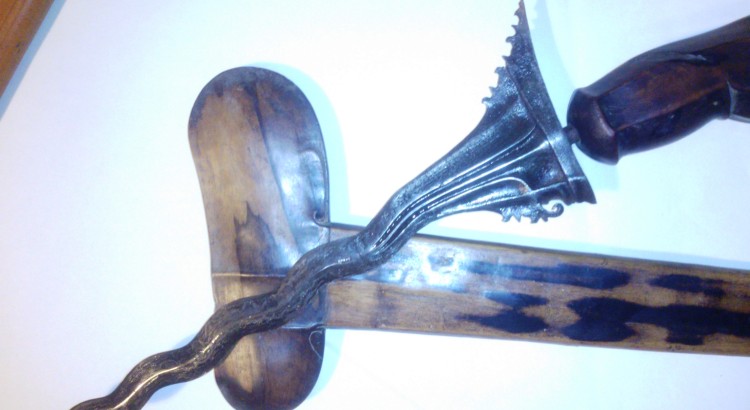 A rare Chengkrong example of Keris.

The Dapor [blade] of this example is wavy (luk). The waves can be counted by starting at the first curve nearest the base. The number of waves is always odd, but sometimes difficult to distinguish the last odd curve (this example has 13). The symbolism of luk 13 is most often interpreted as power, and the ability to maintain peace and stability in any situation.

Sculptured or chiselled features found at the bottom half of the blade are called Perabot and they constitute to a complex categorization of the dapor forms. The ganja is another factor in defining the dapor. The features on the ganja help to characterize a keris. The ganja is actually a separate piece of metal, which is attached to the blade by a joint. The longer, sharp end is called the aring, and the degu is the shorter, blunter end. The saw-like serrations act as a guard to catch an opponent’s blade. The features on the ganja of this keris help to classify it possibly as keris Parangsari, which literally means ‘knife essence’. It is meant for someone who is ambitious and on the move.

Overall when in the sheath this example measures 57cms, ligan or out it is 48cms with an outstanding blade being just under 37cms.

The Wrangka or scabbard is in good original condition free from damages or losses. It is of the Gayaman design with interesting engraving or scalloping [seen on occasional images of other wrangka] to the right and left where the wrangka meets the gandar [scabbard]. Looks like made from Pelet wood.

The hilt is a darker wood showing a nice age patina and it shows a clear dark wood knot enhancing the look of the hilt. The hilt style is similar as that from the Palaces of Surakarta in central Java. Before Islam became dominant, hilt forms had been anthropomorphic in nature. Since Islam prohibits the depiction of living things, these hilts became abstracts. The wooden Surakarta hilt is a beautiful example of the elegant simplicity characteristic of the post-Islamic Palace keris.

The blade is stunning. It is 100mm across the base and is 14mm thick at the central point. The base displays exceptional ‘fullers’ that gives this piece a sense of flow with the luk [waves] in the blade.

This piece exhibits stunning subtle pamor pattern work to all surfaces as seen in the photos. As it remains in original untouched condition. 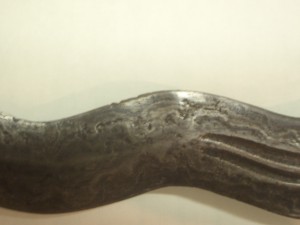 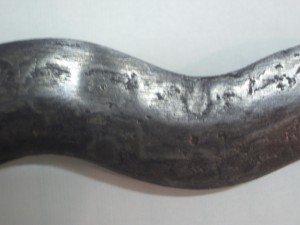 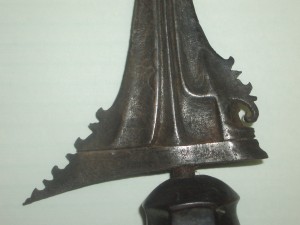 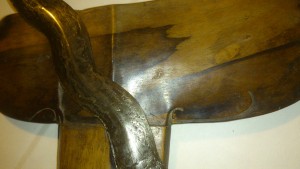 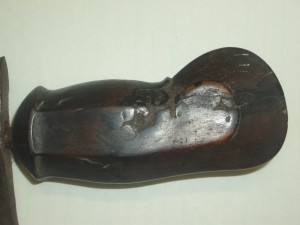 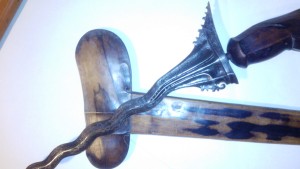 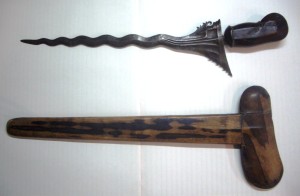 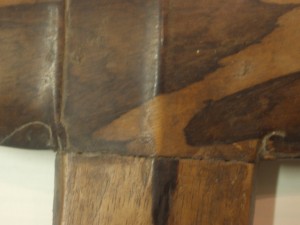 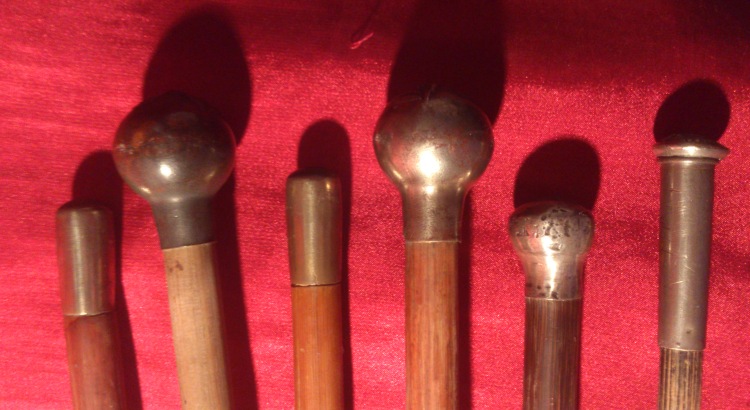 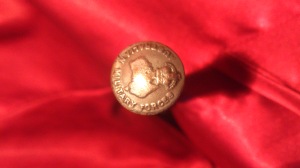 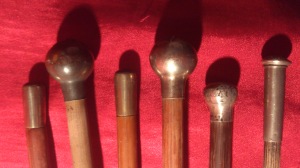 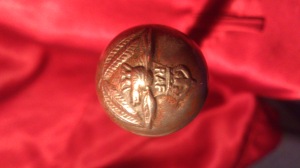 A small collection [13] of swagger sticks and ‘silver’ ends with British Air Force Insignia found in cellar in old house in Birmingham. It is understood that the owner made sticks for sale to officers and men. 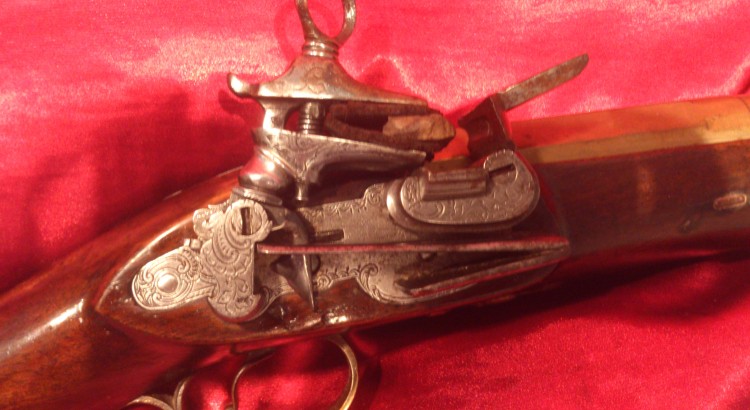 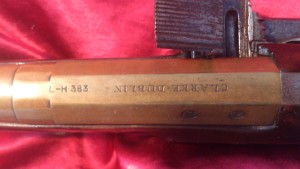 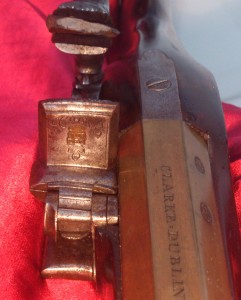 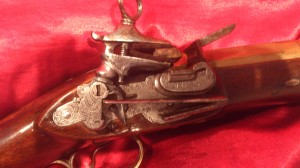 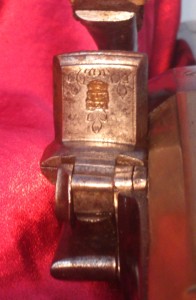